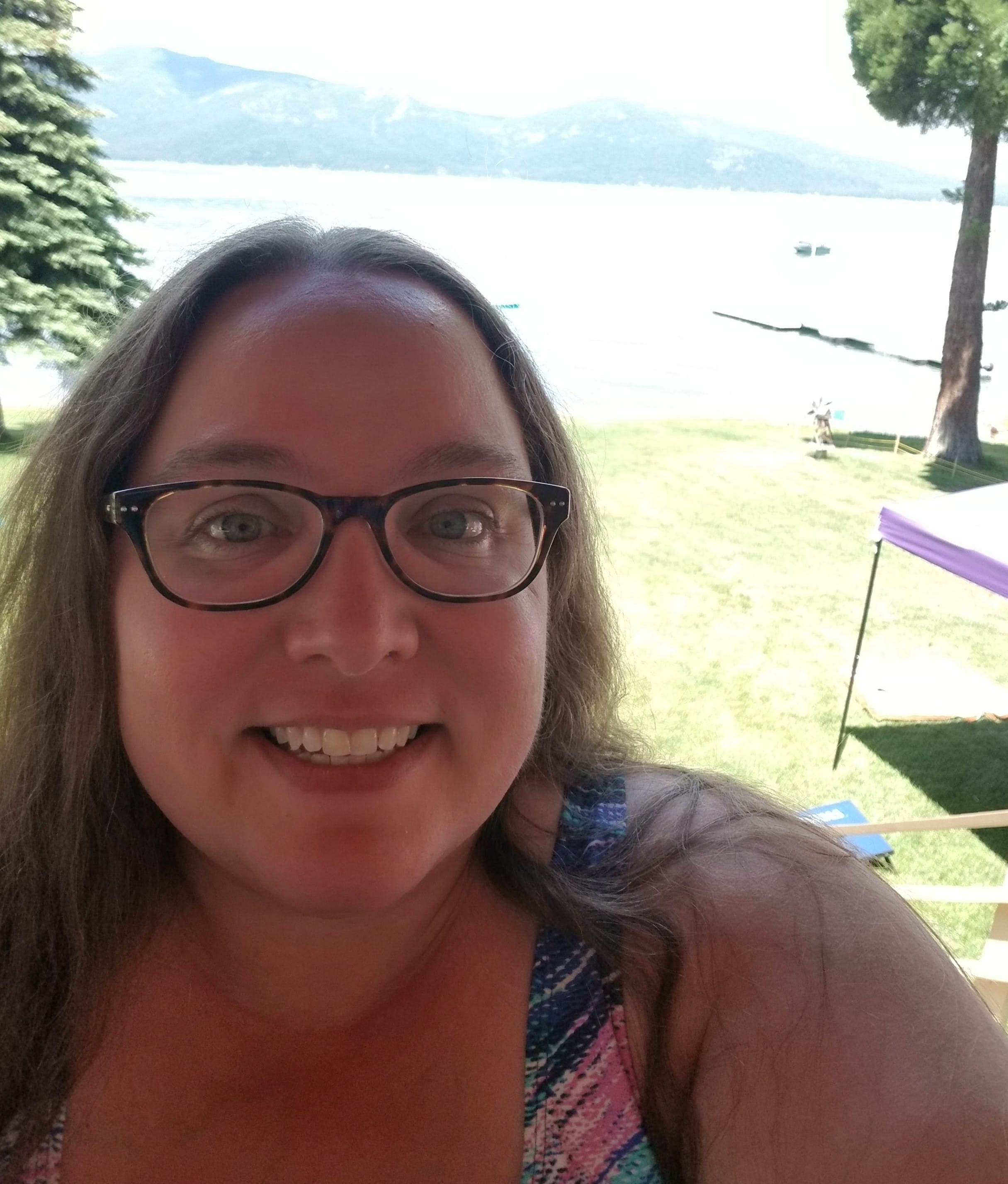 Dr. Kim Christian earned her PhD in Business Administration from Northcentral University.  Her dissertation focused on business continuity among small business owners.  She chose to focus on business after her experience working with people in disasters.

Take a look at her education, experience, and goals below.

Here’s the quick overview of my education – I share anecdotal stories in my videos sometimes.  Here’s where I earned my degrees.

Thesis: “Bridging the gap between communities and prisoner reentry”

Thesis: “Bridging the gap between donors and victims through coordination”

Experience (especially on a resume or online) is relatively arbitrary.  I can easily list off places I have worked or just about any information I want to look good.  So, here’s the stuff I think is actually important.

2. I’ve owned one business or another my entire adult life (couldn’t accept credit cards before I was 18…and I think Paypal was really just getting started then anyway).

3. I started in eCommerce as soon as the internet was available in my town (around 1995).  I have a lot of experience in both failing and succeeding in ecommerce over the years (with success coming within these last 10 years).

In this section, I’ll share my origin story (because every hero has one…and even though I’m not a hero, I have one, too).

Even though most people have a specific event in their life they point to that gave them their “Eureka Moment” (that would be Nathan Fillion’s character off The Rookie that gave that advice), I can’t point to one specific event.  After I started my journey, I told the story of how my “disaster” or “crisis” growing up was when the power went out at our house.  We lived outside of town and it always took the power company HOURS and sometimes DAYS to fix the power.  So, my “emergency” was deciding if I was going to eat the ice cream before it melted or not.

When I think back, I tend to see more of many different events that shifted me to where I am today.  The terrorist attacks on 9-11 (that was in 2001 for those of you too young to remember) are definitely one of those events.  I woke up early that day (which I never did) and was walking by the telephone when it rang.  It was my mom, telling me to turn on the news.  I did, and watched in horror as the 2nd tower was hit by an airplane.

When I went to school that day, many classes were cancelled.  I remember spending most of my school time in a building that belonged to the church I attended (we had college level classes and the building was open…and I lived 45 minutes away and had to wait to go to work).  Despite the shock and horror of the actual events of 9-11, I was just as horrified by the way our community responded.  I sat in fear as trucks screeched tires outside with ignorant people screaming out racial slurs.  I probably didn’t have anything to be afraid of…but I feared for my friends.  That moment and the moments surrounding 9-11 (for me) helped feed my desire to help people – ALL PEOPLE.

It wasn’t until years later that I focused that desire to help people involved in disasters.  After Hurricane Katrina (in 2005), I started to question how we could be such an advanced people but so horrible at disaster response.  Of course, I can now look back and definitely say we haven’t changed much in another 15+ years…but that’s really what started me on the path.  As I finished my undergraduate degree, I explored options for getting into disaster response.

At the time, UNR (located in Reno, Nevada) did not offer any degrees related to emergency management.  So, I found an online school (American Public University).  I learned a lot, started to volunteer locally and eventually moved to Texas.  As I drove into Texas in 2008, I immediately realized the difference between “disasters” in Reno versus Texas (and yes, all of Texas).

I had volunteered and worked with emergency management in northern Nevada until I moved.  Then, I got a job in a small town in Texas in emergency management.  Planning and community response was definitely needed, but I couldn’t quite fit into somewhere that I felt I was helping people.  So…I shifted to the American Red Cross in disaster response in Fort Worth, Texas.

I spent the next 2 1/2 years responding to local and national disasters.  Some days I responded to or supported responses for several incidents (house fires, apartment fires, floods, severe weather events, tornadoes, snow storms, community emergencies, SWAT responses, naked guy on a billboard…you know, anything that disrupts life and can be called a “disaster”).  I have plenty of really sad stories.  We definitely filled a need, but the need of people who have a disaster is much more than one organization can provide.  That was another piece that fueled me to where I am today.

Some of the responses that stuck with me most were the responses where people ran their business out of their home.  If they only had a working smoke detector…if they only had adequate insurance…if they only had a system that could keep making them money while they dealt with getting new clothes and repairs on the house…so many “if they only had” thoughts. I felt like I would do more good if I could get ahead of those moments and help people prepare and build up the resources and systems in advance.  At this point in my life, I didn’t know how I could do that – but formal education had done well for me, so why not teach?

Eventually, the American Red Cross reorganized their entire organization.  It was a split in the road for me and I had to make a choice.  I chose to leave the Red Cross and I focused on teaching at an online University and started a company with my partner.  It was a security company.  I thought for sure we could help people by helping to make sure they had the right equipment, offer safety and preparedness courses…we could make a living helping other people stay safe and keep their smoke detectors working.

It was a constant uphill battle.  The politics involved in just offering information in the industry was a nightmare.  I will forever be hesitant to join a Chamber of Commerce thanks to my experience there.  Eventually, we sold the business.  I still had my eCommerce businesses and I shifted my focus back to my online businesses.  I ended up in Utah for a couple of years during the pandemic and faced a lot of personal battles – all which reinforced my initial views and helped me realize I had strayed from my path.

Now, more than ever – my resolve is to help people learn to survive on their own.  There are plenty of ways to do that, but I truly believe that we all need to have an online business in our pocket (well, actually…online and not really in a pocket).  Even if your passion is to be a fire fighter and run into burning buildings (you’ve got guts) or be a police officer and run towards bullets (sure, we’ll call that guts, too)…or perhaps you love your job as a janitor…EVERYONE should consider ways to bring in additional money.  We all learned the hard way during the pandemic that there are no guarantees in life.  Spouses leave you.  Crime happens.  Russia invades Ukraine.  Inflation blows up against the logic of all the “experts”.  Businesses shut down for any number of reasons or none at all.  The only person you can rely on in life is you – so let’s make sure you can take care of you no matter what you face!

I will never tell you that you need to quit your job.  That’s ALWAYS something YOU need to decide.  Yet, I do feel like quitting your job should be an option you always have.

That’s what “business continuity” is about at the small business and home-based business level.  Making sure your businesses and income continue, no matter what challenges you face.

To help you achieve your online business goals, I cover several different topics.  Not all of the topics are “passive” (though, increasing passive income is eventually the goal) but will help you pivot if needed.  An example of pivoting is what happened in the health industry during the pandemic.  With physical gym locations shut down, companies pivoted to offering online courses and session so their clients could continue to exercise.

Now, not all physical gym locations pivoted.  In fact, many just shut down completely because they were not set up to pivot.  As you choose your path to start, you’ll add on elements that will help you pivot down the road.  These same elements will help you EXPAND and GROW.

Here is an example of the topics I cover (and my sister sometimes helps me with some of these):

eCommerce – one of my favorite topics, you can choose your eCommerce path.  We sell on Etsy, Amazon, Walmart, Merchlet (that’s our new marketplace we created), and our own websites.  eCommerce is selling physical or digital products online (and there are lots of methods to do this).

Selling Services Online – there are TONS of ways to helps other people grow their business and you make money helping them when you offer services.

Digital Marketing – no matter what path you take online, you need to know how to market what you offer online.  We share plenty of strategies, case studies, and more on how to reach your audience.

Product Reviews – many times product reviews are to help you decide if you need a specific product to help you achieve your goal.  For example, many online services use technology to speed up the process or even complete the service.  You need to choose which product is best to help you offer the service.  We only share what we like to use ourself or we believe the product/training/offer will truly help you.  Frequently, these are affiliate products (because we practice what we preach).

Strategies, Case Studies, How-to, Tutorials – Anything you need to know about how to grow your business will come through one of these.  If we don’t teach the method, we’ll point you to someone that does!